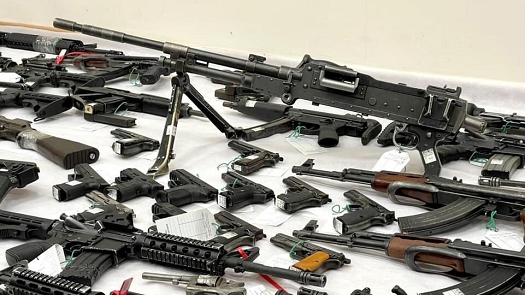 Some 1,600 police officers were involved in the operation, which spanned 25 towns and cities across northern and central Israel.

A total of sixty-five suspects were arrested in the operation, which netted numerous illegal firearms.

In one of the largest weapons busts in Israel’s history, 64 suspected gun dealers from 25 towns were arrested at dawn by police. An undercover agent operating for a year incriminated in total at least 78 suspects. Dozens of weapons confiscated. pic.twitter.com/njZLqq2uPu