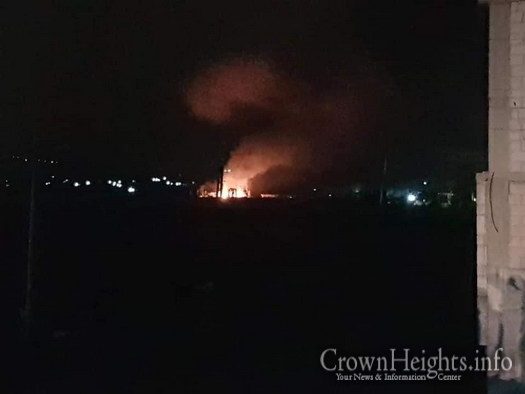 A Red Color siren was sounded in the vicinity of the Bedouin village of Abu Qrenat in the Negev on Wednesday night.

Explosions were also reportedly heard in the area of Modi’in, Rehovot, Kiryat Ono, Be’er Sheva and other localities.

The IDF Spokesperson’s Unit said that an air-to-surface missile had been fired from Syria toward Israeli territory and fell in the Negev region.

In response, the IDF attacked the battery that launched the missile and other surface-to-air missile batteries in Syrian territory.