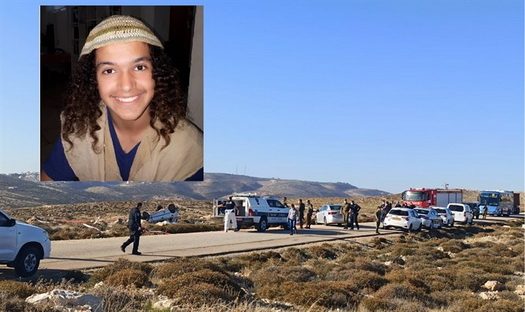 The death of Ahuvya Sandak, a settler youth who died after the car he was in flipped twice while being chased by police officers, has sparked increased unrest as evidence of police misconduct mounts.

According to the version of events told by the police, Sandak had been part of a larger group of youths suspected of throwing rocks and had been attempting to escape in the vehicle. The detectives chasing the youths claim that the car they were driving in swerved to the left before colliding with the officers and flipping twice. Of all the youths in the vehicle, only Sandak sustained serious injuries and passed away.

Yet immediately after the incident, questions regarding the police’s version of events began to arise.

According to the other youths, the police officers intentionally rammed the vehicle, causing it to flip. The officers were also accused of ignoring the youth’s attempts to notify them that there was another unaccounted for in the vehicle as they cuffed them and refused to listen. According to their version of events, it took a significant amount of time before they found Sandak, pinned by the vehicle and already having passed away.

In the most recent evidence supplied, Attorney David Ben-Zaken, who served in the Israeli police department for decades as a traffic examiner as well as a prosecutor in the traffic division, found that the car had flipped over twice as a result of being struck by the vehicle. He found that it is unlikely that the teens’ car swerved to the left, as police officers have claimed, without leaving brake marks. If the car flipped over due to the collision, however, no brake marks would be visible, Ben-Zaken wrote.