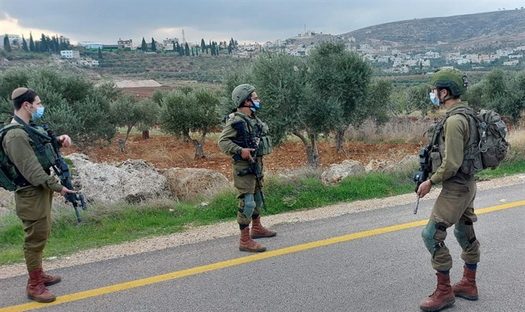 IDF fighters on Sunday thwarted an attempted terrorist attack near the Palestinian Arab village of Al-Mughayyir, northeast of Ramallah.

During routine searches conducted by the fighters in the region, they located explosives that were hidden by terrorists in order to be detonated on IDF soldiers.

Israeli police sappers arrived at the scene and defused the explosives. No injuries or damage were reported.

The IDF Spokesperson’s Unit said in a statement that “IDF fighters and security forces will continue to work day and night to maintain the security of the residents in the sector.”