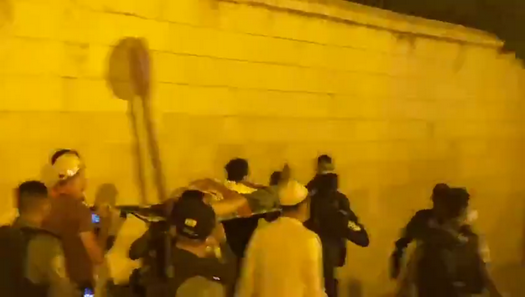 A stabbing attack in the old city of Jerusalem left the attacker dead, and a border policeman moderately wounded Monday night.

The stabbing took place at Shar Hashvatim in the old city, with the attacker stabbing a border policeman.

Officers fired at the attacker, who was later died from his wounds.

United Hatzalah volunteer EMT Yechiel Stern, who was among the first responders at the scene, stated: “The young man was suffering from a stab wound. Together with other EMS personnel at the scene, I treated him for his injuries, after which he was transported to Shaare Zedek Medical Center for further treatment and care. He was in moderate condition.”