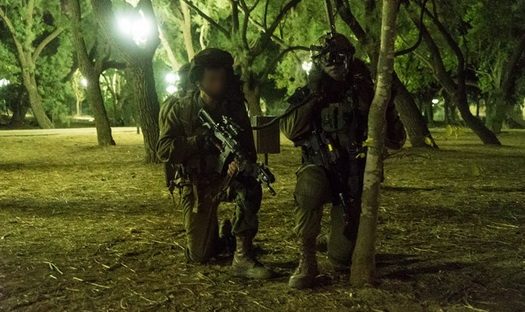 A special force from the Maglan Unit operating in the southern Golan Heights area, near a military post, identified a squad of several terrorists placing explosives near the border fence.

IDF fighters and IDF aircraft fired at the squad that numbered four terrorists and hit them. There were no casualties among the Israeli forces.

“Northern Command forces are on high alert and prepared for any scenario. The IDF considers the Syrian regime responsible for any action takin place in its territory and will not allow any violation of the sovereignty of the State of Israel,” the IDF Spokesperson’s Unit stressed.

It is unclear whether the terrorists’ attempt to place the explosive devices was carried out under the direction of Hezbollah, which vowed to avenge the death of one of its members in an air strike in Syria attributed to Israel.