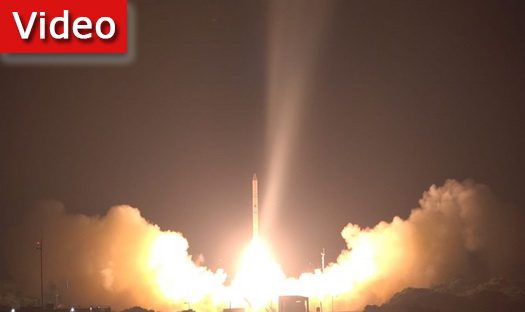 Amnon Harari, the head of the Israeli Defense Ministry’s Space and Satellite Administration, told reporters Monday morning that the new satellite would serve as “one of the main sources for intelligence collection”.

Harari added that the new satellite’s sensor systems are similar to those of its predecessors in the Ofek line of satellites.

“Ofek 16 joins all [previous satellites]…which are being used to monitor threats against the State of Israel, which as you know are sometimes far away and immediate, so they require constant monitoring, which is done by those satellites.”

The Ofek 16 project moved forward towards completion over the past few months despite the coronavirus pandemic, Sudri said, because the satellite was declared a top priority by the IAI.

“Ofek 16 is an advanced electro-optic satellite which involves a lot of Israeli technologies, which enables us to enhance the intelligence and strategic capability of the State of Israel.”

IAI Space Division chief Shlomi Sudri said the first pictures from the new satellite would be received by the ground station in Israel “in about a week”.