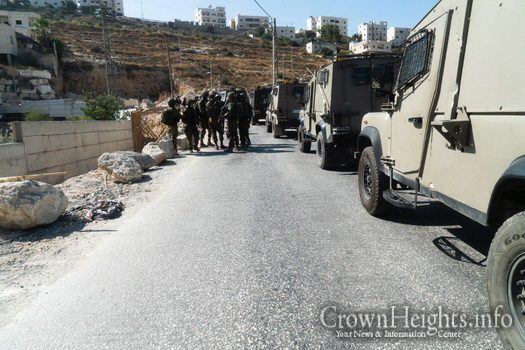 An Arab man attempted to stab policemen on Meir Necker street. Police shot and neutralized the terrorist without casualties. The terrorist is in serious condition.

The attack follows another attempted stabbing in the Binyamin District of Samaria was foiled Monday morning.

The incident occurred near the Israeli town of Amichai in the Shilo bloc of the Binyamin District Monday morning, when two terrorists attempted to stab Israeli security personnel.

IDF soldiers opened fire on the two terrorists, neutralizing both of them.

No injuries were reported among the Israeli security forces.