« Looking Towards the Summer, An Event For High School and Seminary Girls
Zelenko Letter Sent To 5000 Shluchim In 6 Languages » 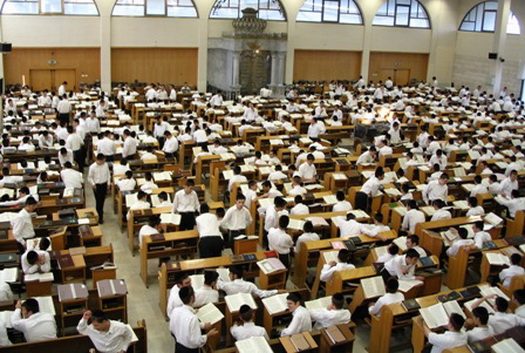 Americans and other non-Israeli citizens studying in Israeli yeshivas and religious seminaries will be permitted to return to Israel to resume their studies, Israel’s Interior Ministry has ruled.

In a letter penned by Interior Minister Aryeh Deri (Shas) last week, the ministry announced that non-citizens carrying valid student visas will be permitted to return to Israel, ending the ban on their return which had been put in place during the peak of the coronavirus pandemic.

“Because of the importance of Torah learning and the return of regular studies” in yeshivas, wrote Deri, “I have decided, in conjunction with the Foreign Ministry and the Health Ministry, to permit married yeshiva students learning in established institutions, along with their families, to return to Israel, if they’re carrying valid visas.”

“To make the process easier, I have decided to let all requests [for return] be put forward by yeshiva deans directly to the Population Authority, at the special email address: KERENNATHAN-ASHROT@PIBA.GOV.IL, rather than through consulates. Yeshivas must state that they know that the married student and his family members have lodgings where they can be in isolation [upon their return to Israel].”

Unmarried yeshiva students will also be able to return to Israel to resume their studies, Deri wrote, so long as the yeshiva declares that the student has a place in a separate dormitory to isolate returning students, in accordance with Health Ministry regulations.

First, returning students must make sure that they are picked up at the airport by a private driver, and that they will be taken directly from the airport to their place of self-quarantine.

Secondly, dorms for returning students must be totally separate from the dorms used for students not in isolation.

Thirdly, every returning student must have their own room and bathroom (with a shower) during their time in isolation).

Fourthly, the yeshiva must provide returning students with food while they are in isolation.

Fifth, each yeshiva must have a liaison to maintain contact between the quarantined students and the yeshiva management.

Sixth, any student who shows signs of illness must be reported immediately to health authorities.

« Looking Towards the Summer, An Event For High School and Seminary Girls
Zelenko Letter Sent To 5000 Shluchim In 6 Languages »