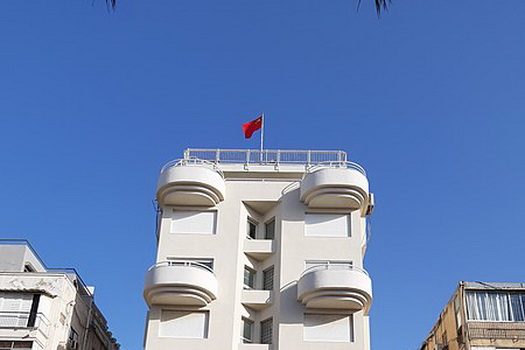 Du Wei, Ambassador of China to Israel, was found on Sunday without vital signs in his apartment in Herzliya.

The ambassador, 58, was married with a son, but his wife and son are not in the country with him. He arrived in Israel at the end of January and spent two weeks in quarantine. At the end of March, he submitted to President Rivlin his letter of appointment. He was a professional diplomat, who in his previous role was China’s ambassador to Ukraine.

The background to his death is unclear. Police are at the scene. The foreign ministry confirmed the death of the ambassador.

According to Kan, no indications of violence were found on the body of the ambassador, and the initial assessment of teams at the scene is that the ambassador died of natural causes and didn’t wake up from his sleep.

On Tuesday, the Chinese ambassador had dismissed allegations made by US Secretary of State Mike Pompeo towards China during his visit to the country last Wednesday.

“We trust that our Jewish friends are not only able to defeat the coronavirus but also the ‘political virus,’ and choose the course of action that best serves its interests.” the ambassador had said.

The ambassador dismissed allegations that China is trying to take control of the infrastructure sector in the country, saying “Given China’s low investment in Israel, how can it be argued that ‘China is buying Israel’?”

Regarding the tender for the “Sorek 2” desalination plant, the ambassador made it clear that the conduct on the matter was “in complete transparency and in accordance with Israeli laws and surveillance by Israeli security agencies.”

“Chinese companies bring the most efficient workforce to Israeli infrastructure projects and provide many employment opportunities,” the ambassador claimed.