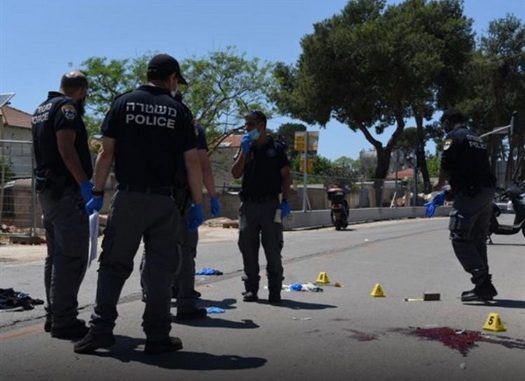 A terrorist stabbing attack has been reported in the central Israeli city of Kfar Saba Tuesday afternoon.

The attack occurred at approximately 12:30 p.m. on Galgalei HaPlada Street, adjacent to the Kanyon G mall, and coincided with Israeli Memorial Day, on the eve of Israel’s 72nd Independence Day.

A sixty-two-year-old woman was wounded in the stabbing, and is said to be in serious condition. MDA and United Hatzalah emergency first responders were dispatched to the scene and treated the victim before evacuating her to the trauma center of Meir Hospital in Kfar Saba. The victim was fully conscious while being evacuated from the scene of the attack.

“When we got there, we saw a 62-year-old woman who was fully conscious, lying on the road,” said MDA paramedic Elazar Havani. “We performed preliminary medical examinations and found multiple wounds bleeding. We provided life-saving medical treatment, including stopping the bleeding, and then evacuated her to the hospital, while continuing her treatment en route, notifying the doctors to be prepared for her upon our arrival.”

United Hatzalah volunteer Matanel Yechiel, who was one of the first responders at the scene, said: “I provided first aid treatment for the woman’s injuries. After receiving treatment at the scene she was transported to the trauma unit at Meir Hospital having suffered stab wounds.”

Security forces have been dispatched to the scene of the stabbing, and the terrorist has been shot and neutralized.

The terrorist has been identified as a 19-year-old Palestinian Authority resident from the town of Tulkarem. He is listed in light condition.