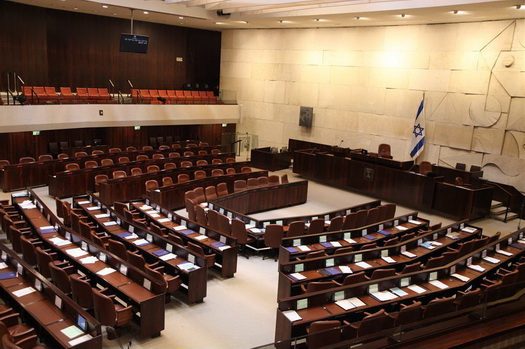 Prime Minister Binyamin Netanyahu and Blue and White chairman Benny Gantz signed an agreement to form a unity government Monday evening, ending the political deadlock which prevented the formation of a coalition and led to three elections in less than a year.

“An agreement for the establishment of a national emergency government is now being signed by Prime Minister Binyamin Netanyahu and Blue and White (alliance) chairman… Benny Gantz,” the parties said in a joint statement.

Commentator Amit Segal reported on Channel 12 News that the Likud and the right-wing parties will hold the position of the Knesset Speaker, chair the Finance, Economy and Coronavirus committees.

The Foreign Ministry will be held for half a term by the Likud and for half the term by Blue and White.

The right will also receive the housing, interior, education, environmental protection, energy and Jerusalem portfolios with a number of additional portfolios.

Under the agreement, as of early July, the government will be able to apply sovereignty in the Jordan Valley and Judea and Samaria according to the Trump administration’s ‘Deal of the Century.

During the day, the Prime Minister spoke with some of the right-wing parties and updated them with his intention to bring about a unity government.

Shortly before the meeting with Gantz, Netanyahu spoke with Interior Minister and Shas chairman Aryeh Deri and updated him on the details of the agreement.

Yamina chairman and Defense Minister Naftali Bennett reportedly did not receive a call from Netanyahu.