« Did You Say the ‘Nasi’ Today? (Yud Beis Nissan)
The Rebbe’s Initiative For A Sefer Torah Haklali » 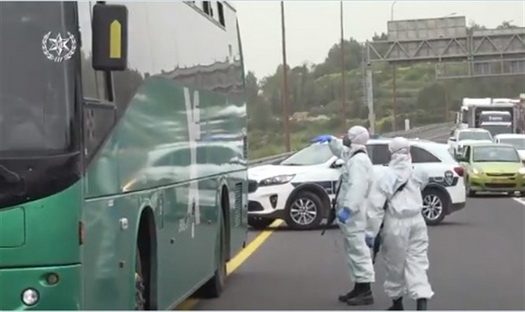 The Israeli government is preparing to impose new restrictions on Israeli residents in preparation for the Seder night due to concerns that the traditional family gathering could lead to a spike in coronavirus cases.

Tonight (Monday), the government will discuss a proposal that would prohibit leaving cities and traveling between them from tomorrow afternoon through Friday, except in exceptional cases.

In the major cities and especially in Jerusalem, travel between different neighborhoods will also be banned.

According to the proposal for the Seder night, no general curfew will be proposed, but citizens will not be allowed to travel more than 100 meters (328 feet) from their homes.

In addition, the ministers intend to discuss a proposal for strengthening the police and security forces which enforce restrictions on cities with the highest morbidity rates.

This afternoon, the ministerial committee was scheduled to convene to discuss the tightening of restrictions on residents in a number of mainly haredi cities and neighborhoods, but for now it has been decided that the committee will not convene.

« Did You Say the ‘Nasi’ Today? (Yud Beis Nissan)
The Rebbe’s Initiative For A Sefer Torah Haklali »