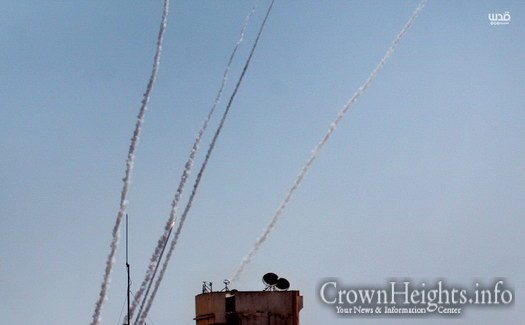 Color Red sirens were sounded on Friday evening in Sderot, the Gaza envelope and the Shaar Hanegev region.

The IDF Spokesperson’s Unit said one rocket was identified as having been fired from Gaza towards Israeli territory.

The rocket is believed to have exploded in an open area. There were no reports of physical injuries or damages.

Calm has mostly been maintained in southern Israel over the last month, after the Islamic Jihad fired over 80 rockets at southern Israel before it reportedly asked for a ceasefire.

Three weeks ago, a rocket fired from Gaza toward southern Israel failed to hit its target and exploded within Gazan territory.