« Man Arrested After Threatening To Shoot Up A Chabad House In Florida
Weekly Story: Honoring Your Host » 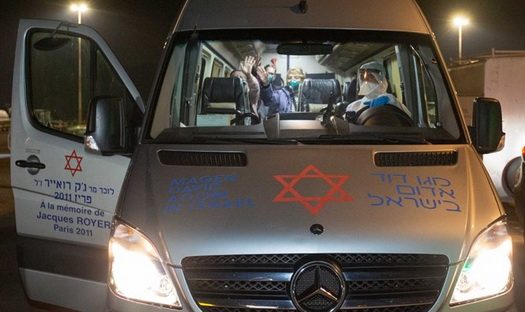 The first known case of coronavirus in Israel was reported Friday morning, after an Israeli passenger from the quarantined cruise ship Diamond Princess returned home to Israel.

Israel’s Health Ministry confirmed Friday that one of the eleven Israeli citizens who was returned home from Japan Thursday has been diagnosed with coronavirus.

“One of the passengers who returned home from the cruise ship in Japan tested positive in a checkup by the health ministry’s central laboratory,” the ministry said.

Health Ministry officials emphasized that the woman was infected while onboard the Diamond Princess, adding that the other ten Israelis were not infected.

The infected passenger is being held in isolation at Sheba Medical Center in Tel Hashomer, Ramat Gan, in central Israel.

All eleven of the Israelis who were released this week from the Diamond Princess and permitted to return to Israel have been ordered to remain under quarantine at Sheba Medical Center for two weeks.

Early Friday morning, the eleven passengers landed in Israel and were transferred to Sheba Medical Center by an MDA team.

Four other Israelis who were on board the Diamond Princess when it was placed under quarantine at Yokohama Port south of Tokyo were later diagnosed with coronavirus.

Three of the Israeli passengers, a couple and a young woman, were evacuated from the ship and transferred to two hospitals in Tokyo for treatment.

A fourth Israeli passenger tested positive for coronavirus on Thursday, and was transferred to a Japanese hospital for treatment.

« Man Arrested After Threatening To Shoot Up A Chabad House In Florida
Weekly Story: Honoring Your Host »