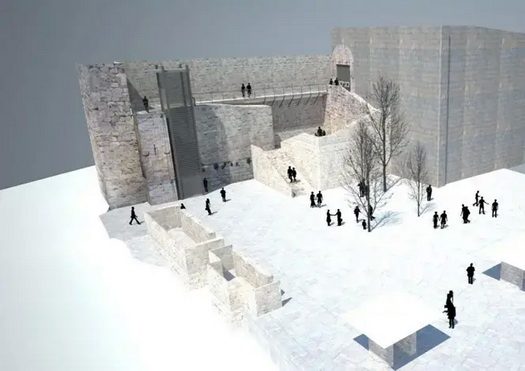 The Israeli Defense Ministry and the Civil Administration are pushing ahead with plans to renovate part of the Tomb of the Patriarchs complex in Hevron, making the holy site accessible to visitors with wheelchairs.

The plan is being pushed forward over the objections of the Jordanian-based Waqf, or Islamic trust, which co-manages the site along with the Israeli rabbinate.

The local Jewish community has long backed the changes, making the site more accessible, though plans to renovate have been stymied by the Hevron municipality, which is controlled by the Palestinian Authority.

The Tourism Ministry is providing half a million shekels ($144,000) for the project, though the final cost has yet to be determined.

The renovations will include the addition of an elevator and bridge connecting the elevator to the tomb entrance.

Along with the funds from the Tourism Ministry, the Ministry for Social Equality will cover the expenses for installing the elevator.

In order to implement the plans, the Defense Ministry is expected to expropriate the land around the complex from the Arab municipality of Hevron and the Waqf, which have thus far refused to permit the renovations.