« Picture of the Day
The Israeli of Alamo » 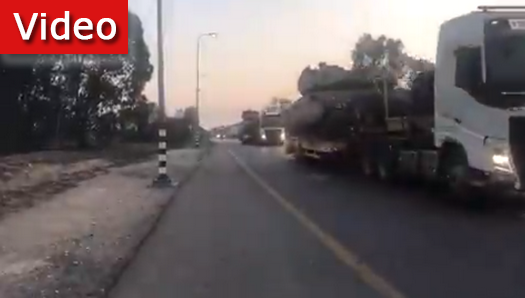 Hundreds of IDF reservists have been called up in response to the rocket fire from Gaza Tuesday.

The Iron Dome missile defense system has intercepted 90% of the rockets which were fired at populated areas. According to the IDF, about half of the rockets fell in open areas.

Convoys of tanks have have been seen as they made their way to the Gaza Brigade.

IAF fighters and Israeli tanks have attacked numerous targets belonging to Islamic Jihad in response to the terrorist organization’s firing over 190 rockets at Israel.

Defense Minister Naftali Bennett has declared a special emergency situation in the home front in localities within the range of 0-80 km (0-50 miles) from the Gaza Strip.

« Picture of the Day
The Israeli of Alamo »