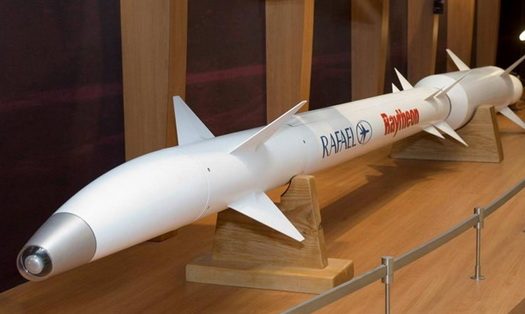 An advanced Israeli missile has been captured by the Russian army and taken back to Russia for study, according to reports from Russian and Chinese media outlets.

The reports claim that a “David’s Sling” type surface-to-air missile, which Israel fired last July to intercept two Syrian missiles fired at Israeli territory, was located by Russian military forces after it failed to detonate.

The missile, having failed to intercept its target, landed in Syrian territory, and was eventually recovered by the Russian army, which barred publication of the missile’s discovery and recovery at the time.

After the missile was retrieved and neutralized, it was shipped to Russia, to give Russian engineers an opportunity to study the advanced Israeli weapon up close.

The David’s Sling Missile System, which was developed by Israel and the United States, is part of Israel’s anti-missile defense system, with anti-ballistic missile capabilities.