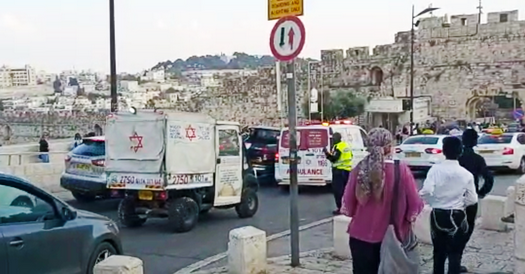 A terrorist attempted to stab a young man near Herod’s in Jerusalem and when he realized he could not perform his plot attempted to escaped the scene.

There were no casualties. Soldiers in the area fired targeted shots at the suspect who fled into one of the houses, where other police officers were called to the scene and arrested him.

The terrorist, a 16-year-old boy, was wounded by gunfire from security forces who tried to neutralize him and brought to the hospital for treatment. Two suspected aides were also arrested.