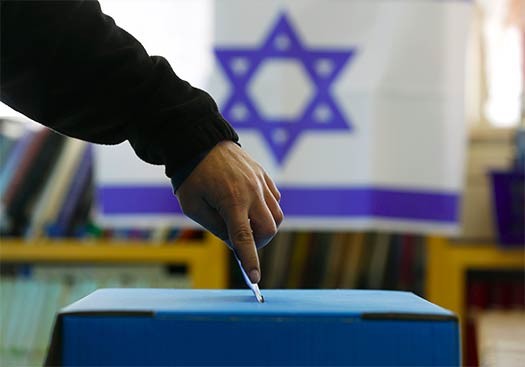 Preliminary results now show Blue and White with 32 seats to 31 for the Likud. Blue and White currently leads the Likud by roughly 25,000 votes, with less than half a million votes left to count.

The predominantly Arab Joint List party has 13 seats, according to the current results, while Shas is on track to receive nine seats, and United Torah Judaism to receive eight.

The right-wing Yamina party is currently projected to win seven seats, compared to six for the Labor-Gesher alliance, and five for the Democratic Union, an alliance of the far-left Meretz party with Ehud Barak’s new Israel Democratic Party.

Otzma Yehudit, which some polls showed entering the Knesset, is far from the 3.25% needed to win representation in the legislature, with less than 2% of the vote according to the latest count, which showed Otzma with less than 75,000 votes.

The right-wing – religious bloc – including the Likud, Yamina, UTJ, and Shas – is currently projected to win 55 seats, down from 60 in the April election.

By contrast, the left-wing bloc, including the Joint Arab List, is currently projected to win 56 seats.

Neither the right-wing nor the left-wing bloc is expected to secure the 61 seats necessary for an outright majority.

Yisrael Beytenu, which is expected to win nine seats, is not included in either bloc, and has called for a national unity government.