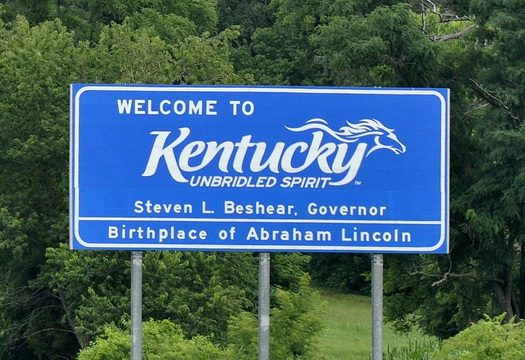 Kentucky Governor Mathew Bevin was joined by Congressman Andy Barr, Rabbi Shlomo Litvin of Chabad of the Bluegrass and Kentucky Stae Senate President Robert Stivers as he signed Senate Bill 143, which codified into law the governor’s executive order from November of 2018. The executive order was aimed at companies engaged in the anti-Semitic Boycott-Divest-Sanctions movement against the Jewish State of Israel.

Members of the Jewish communities across the state gathered to participate in the celebration.

“My colleagues and I condemn the BDS movement,” said Barr, “and we have sent a letter to the Office of Foreign Asset Control requesting an update on the federal government’s oversight of non-governmental organizations engaged in anti-Semitic hate against our allies in Israel and the Jewish people worldwide.”

Rabbi Litvin thanked allies for standing up against anti-Semitism.”Allies like our Governor,” said Litvin “who are willing to stand in the gap, facing off against the antisemitism of wanna be woke activists, who seemed to have of woken up yesterday with no sense of history, of international Bodies who seek to isolate and single out the Jewish state, of European politicians who call Hamas and Hezbollah their friends, of foreign governments, and even two hateful members of Congress who turn fiction into a science.”

Kentucky became the 26th state to pass legislation against the anti-Semitic movement. The law passed this past session with a large majority.