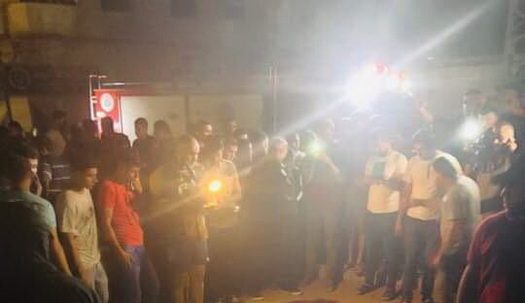 Scene of one of the bombings in Gaza

A pair of bombings in the Gaza Strip which killed three officials from the Hamas terror organization may have been carried out by an ISIS-linked Islamist terror group, despite initial claims the bombings were part of a targeted Israeli strike.

Hamas said Wednesday that two overnight bombings killed three police officers in the Hamas-controlled Gaza Strip in what witnesses called suicide attacks as the coastal enclave was placed under a heightened state of alert.

Witnesses told AFP that both bombings were suicide attacks by assailants on motorbikes, but there was no official confirmation.

A source familiar with the investigation said a Salafist movement in Gaza that sympathizes with the Islamic State group was suspected.

Hamas’s interior office confirmed the three deaths, but spoke only of two “bombings” in Gaza City without providing details.

It said two of the police officers were 32 and the third was 45. Two separate police checkpoints were targeted, it said.

An investigation was underway as authorities pledged to track down the “masterminds”.

“We assure our people that whatever these explosions are, they will be brought under control as with every previous event, and will not be able to undermine the stability and steadfastness of our people,” he said in a statement.

Suicide bombings are rare in the Gaza Strip.

In August 2017, a suicide bomber killed a Hamas guard in southern Gaza on the border with Egypt.

Hamas, itself an Islamist movement, has run the Gaza Strip since 2007 but has been regularly criticized by more radical Salafist groups in the impoverished coastal territory.

The Israeli military said it had not carried out any air raids overnight, rejecting initial Arab reports the explosions were the result of an IDF attack.