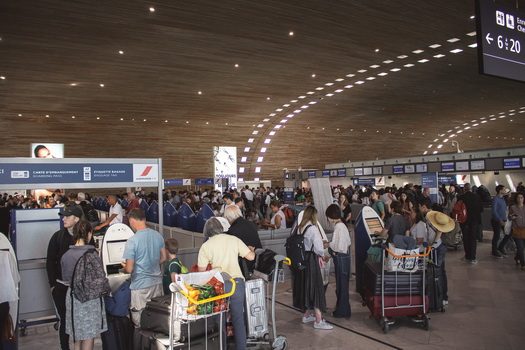 Authorities say airport officials are working to correct the problem, though at least 15 flights have already been forced to push off their departures as a result of the disruption.

A number of flights have also departed without being loaded with luggage, in order to prevent a massive flight backlog at the airport. Airport officials said they would make sure that the passengers’ luggage would be sent out to join them as soon as the technical problem was corrected.

Passengers were instructed to carry on with them any critical equipment and materials they require, noting that it could take up to two days for their luggage to reach them.

The incident comes as traffic at Ben Gurion International Airport reaches its peak, with large numbers of Israelis departing for vacations abroad and returning during the July – August vacation season.