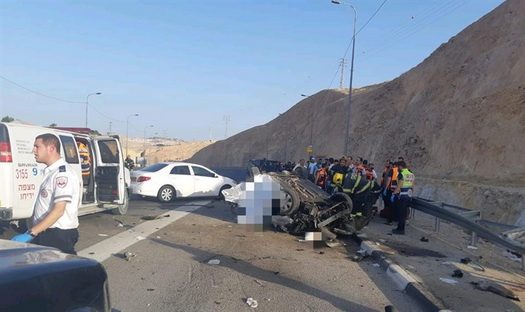 Two people were killed in a traffic accident east of Jerusalem Friday morning.

The crash occurred on westbound Route 1, near the Israeli town of Mitzpeh Yericho, east of Jerusalem, when a car flipped over.

Two people inside the car, both in their 20s, were killed. A third victim, approximately 18 years of age, was seriously injured.

MDA emergency first responders were called to the scene of the accident and evacuated the injured crash victim to Hadassah Mount Scopus Medical Center in Jerusalem.

Following the accident, police closed a portion westbound Route 1 between the Dead Sea and Jerusalem to traffic.