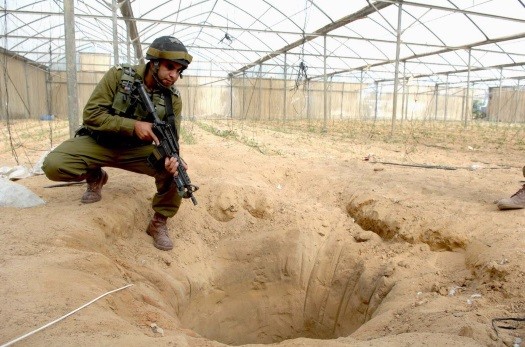 The IDF announced Monday evening that another terror tunnel had been located in the southern Gaza Strip.

The tunnel was exposed during the construction of the underground barrier along the Gaza Strip border.

IDF soldiers are currently investigating the route of the tunnel.

The Eshkol Regional Council responded to the exposure of the tunnel of terror and said that “the tunnel was located because of the groundbreaking technological defenses that are being used along the Gaza border to protect our communities.

“The tunnel is not a threat and is being handled by the IDF. We thank IDF soldiers and officers who are determined and courageous in defending our communities,” the council said.