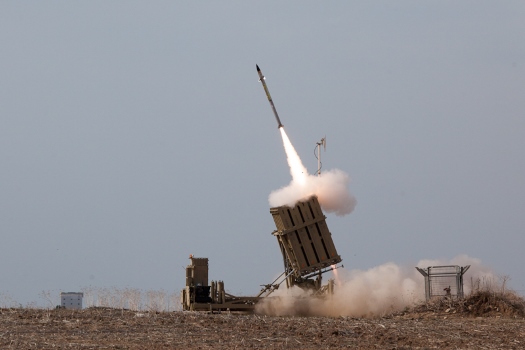 Sirens were sounded on Wednesday night, shortly after midnight, in the Eshkol Regional Council of southern Israel.

The IDF Spokesperson’s Unit confirmed that one rocket that was fired from Gaza into Israeli territory was intercepted by the Iron Dome.

There were no reports of physical injuries or damages.

The rocket attack followed an announcement by the Coordinator of Government Activities in the Territories (COGAT) that, following the continued fires and launching of incendiary balloons from the Gaza Strip into Israeli territory, it was decided to impose a naval blockade on the Gaza Strip until further notice.

On Wednesday afternoon, for the first time since a ceasefire was declared after the recent flare-up on the Gaza border, two explosive-laden balloons were fired from Gaza, exploding near one of the communities in the Eshkol Council.

There were no injuries or damages.

Since Wednesday morning, six fires have broken out in the Gaza envelope as a result of incendiary balloons launched from the Gaza Strip.

Incendiary balloons have caused 20 fires in the region so far this week.