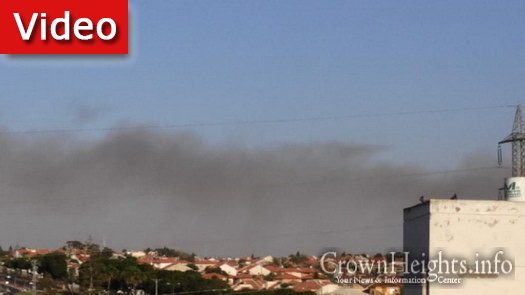 In Israel, it was assumed that the transfer of Qatari money to Gaza would, at least temporarily, calm the terrorist organizations.

In the meantime, the firing of balloons at the Gaza perimeter is only increasing. At least four fires have broken out since the morning hours in the Gaza perimeter – in the Be’eri and Shokeda forests and near Kibbutz Nahal Oz. A major blaze near Ashkelon is also believed to have been started by a balloon.

Firefighting crews were called to the area and, together with KKL-JNF foresters, acted to extinguish the fire.

Earlier, Palestinian Arab media reported that the IDF had reduced the fishing area in violation of the agreements for calm, but the IDF said the report was incorrect.

“Despite the reports, we make it clear that there is no change in the ​​fishing area in the Gaza Strip,” said the IDF spokesperson in Arabic.

Yesterday, during the “Nakba Day” protests, fires broke out in agricultural fields in the Gaza vicinity as a result of incendiary balloons fired from the Gaza Strip.