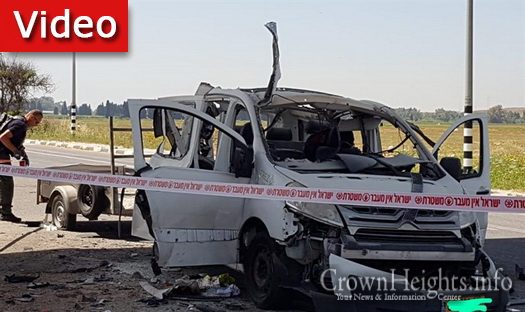 One Man was killed when a rocket scored a direct hit on his car.

Three more people were killed in Israel as rocket attacks continue from the Gaza strip. The near constant barrage also injured over 100 people, with Israeli retaliation continuing overnight.

The near constant wailing of Red Alert sirens continued into Sunday, as the Gaza factions fired rockets into Israel.

Over 100 people have since been reported wounded, with the number rising at an alarming rate.

WATCH: This house in Be’er Sheva was just destroyed by a rocket launched from Gaza. pic.twitter.com/CrlCPhQpwv