« This Weeks Shalom Zochor List
Video of the Day » 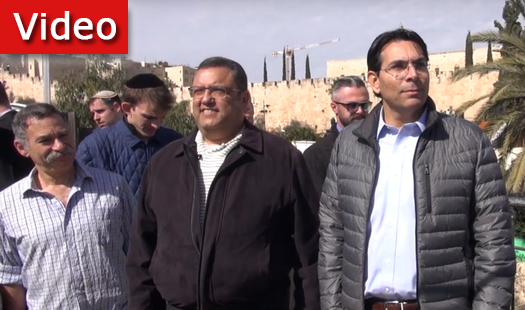 A delegation of about 40 UN ambassadors visited the City of David today (Saturday). They were led by Israel’s UN Ambassador, Danny Danon.

Danon showed the ambassadors a 2,000 year old Hebrew coin that was used by the Jewish rebels just before the destruction of the Second Temple.

“The relationship between the Jewish people and its eternal capital, Jerusalem, began over 3,000 years ago,” he declared, “and this coin is only one of the many proofs of this. No UN decision can erase this bond, and no one can argue with this archaeology.”

« This Weeks Shalom Zochor List
Video of the Day »