« Picture of the Day
CTeen Shabbaton Singer Announced by Video » 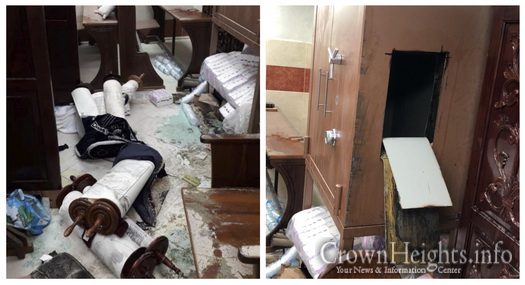 Three Arabs have been arrested for the Torah scrolls and synagogue desecrated in Kiryat Hayovel. The vandalism had left the synagogue in shambles and four Torah scrolls ruined.

Arrests have been made in connection with the vandalism at Siah of Israel synagogue in the Kiryat Hayovel neighborhood of Jerusalem Monday night.

As previously reported on CrownHeights.info, the vandals had broke into the Holy Ark, poured acid on the Sifrei Torah and damaged the furniture.

Three Arabs have been arrested for the vandalism by the Israeli Police.

« Picture of the Day
CTeen Shabbaton Singer Announced by Video »