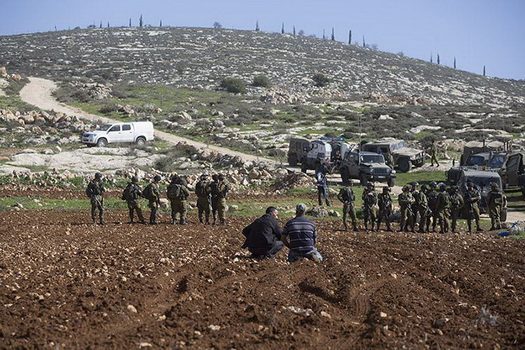 The Arab who was killed during the events near the Samaria community of Adei Ad over the weekend, Hamdi Nussan, was a convicted terrorist who sat in prison for a number of terror attacks.

Speaking with Arutz Sheva on Sunday, a spokesman for the community of Adei Ad said that the Arab man who was killed was not a mere “demonstrator but a terrorist. A convicted terrorist who sat in Israeli jail. The ‘father of four’ described in the media had a past of serious offenses of shooting and placing bombs.”

“We are talking about a Hamas terrorist. By the way, that entire village is a Hamas village. It’s a village in which arrests are carried out by security forces almost every night,” the spokesman noted.

Samaria Council head Yossi Dagan said in response, “The defense establishment must operate within the village of Al-Mu’ayyir, to catch the terrorists who organized the lynching attempt yesterday.”

“We expect the defense establishment, and I call upon the defense minister, to act decisively against the terror hotbeds,” the council head added.

“This picture is not much different from the situation in which children on a bar mitzvah hike found themselves when they toured the town of Migdalim only a year ago. They defended themselves and prevented a severe disaster when one of the accompanying parents fired in the air, stopping the Palestinian rioters from lynching the children.”

“I expect the defense establishment, in the clearest way possible, to procure the arrest capture of the terrorists and carry out operations inside the terror hotbeds, so that the motivation to carry out attacks will be reduced, and the security of the residents is preserved,” Dagan stressed.