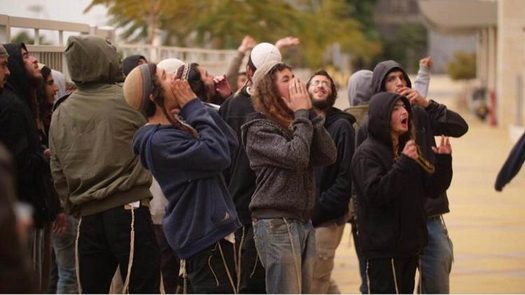 Judge Guy Avnin, of the Magistrate’s Court in Rishon Letzion, allowed the police’s request to publish part of the decision on the boy suspected of involvement in the murder of Aisha Rabi, whose detention was extended today.

Of the five boys arrested over the murder, the police today asked the court to release four to house arrest under restrictive conditions, while the detention of the fifth suspect was extended until Tuesday.

In the first part of the decision that was permitted for publication, the judge noted, “In the case of this suspect, the level of suspicion is extremely high. The offenses attributed to the suspect establish grounds of detention of a dangerous nature and concern for obstructing interrogation procedures.”

In the second section, the judge wrote, “It is clear that the investigating unit, together with the Shin Bet, is carrying out a thorough, serious, and strenuous investigation, while attempting to arrive at the truth.”

“The Israel Police will continue to act with determination, thoroughness and professionalism together with security forces to enforce the law and will act to reach the truth and to bring to justice the suspects.”