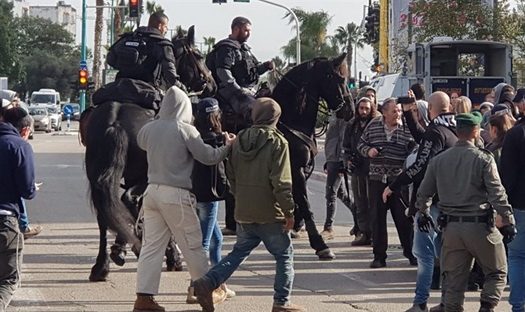 The Lod District Court on Thursday ordered the Shin Bet to allow the three Jewish minors currently held by the organization to be allowed to meet with an attorney.

The three boys were arrested on Sunday on suspicion of involvement in an undisclosed security incident. They have been detained in an undisclosed location and have not been allowed to see their parents or meet with a lawyer.

The pregnant sister of one of the minors order was summoned for questioning this morning by the police.

Police officers who summoned the nurse refused to tell her why she had been summoned and whether she would be questioned under caution, but the prevailing assessment is that it was an interrogation exercise to put pressure on her brother.

Attorney Itamar Ben-Gvir, who represents the minor, said this morning, “The Shin Bet continues to cross every line in this investigation, and we have no doubt that the purpose of summoning a pregnant woman is to put pressure on the suspect. I already appealed this morning to the Attorney General and the State Attorney to stop this conduct. It is clear to me that the Shin Bet’s conduct is intended to show the brother that the sister was summoned for interrogation because of him, which could put more pressure on him, especially when the minors are not allowed to meet with an attorney. The significance of interrogation exercises like this is serious.”