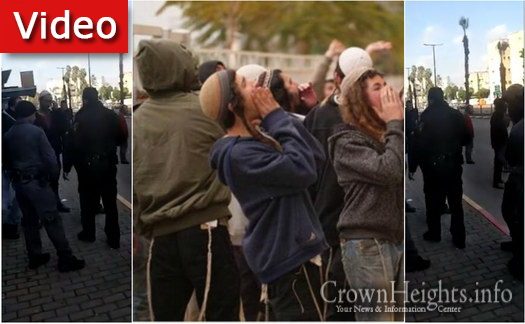 Protesters in Israel were blocking roads in a non violent protest over three minors detained by Israels Security Services Thursday.

The three minors were allegedly detained in connection with a rock throwing incident that caused the death of a Palestinian woman in the West Bank.

The minors have been refused contact with attorneys and family members, with the parents having no idea where their children are.

With the history of Israels interrogation techniques in longstanding question, there is worry of forms of torture being used to illicit confessions. Recently, in a similar case, an Israeli judge threw out a  defendants written confession due to the conditions it was written under.