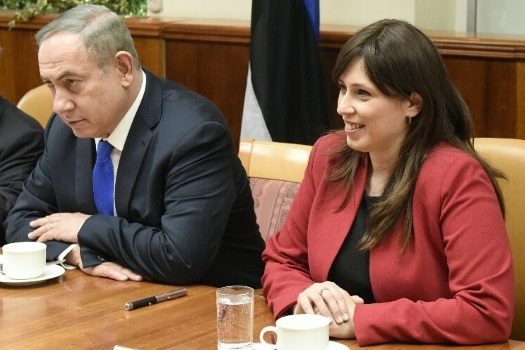 During a meeting Monday afternoon in the Prime Minister’s Office, leaders of the coalition’s five factions agreed that the current narrow government is untenable, and that the 20th Knesset must be dissolved early and new elections held.

The faction leaders voted unanimously for early elections, which will be held on April 9th, 2019.

“In the name of budgetary and national responsibility, party leaders in the coalition agreed unanimously to dissolve the Knesset and go to new elections at the beginning of April, following a full four-year term,” the spokesperson announced.

The elections for the 21st Knesset will be held just over four years after the previous vote, which was held on March 17th, 2015.

Prior to the coalition’s decision Monday, the next Knesset election had been scheduled for November 5th, 2019.

The decision was reached after Prime Minister Binyamin Netanyahu convened party leaders from his narrow ruling coalition in a last-ditch effort to chart a path forward for a crucial haredi draft bill, aimed at preserving draft deferments for full-time yeshiva students, while imposing financial sanctions on yeshivas which fail to meet enlistment quotas.

The bill, sometimes referred to as the Haredi Draft Law, would largely retain open-ended draft deferments, while pressuring the haredi sector to increase the number of haredi enlistees.

The Yisrael Beytenu and Yesh Atid parties, which had both backed the bill initially, said Monday that they would vote against it in the bill’s second reading in the Knesset.

With haredi lawmakers opposed to the bill, the government was counting on support from Yisrael Beytenu and Yesh Atid to pass the law ahead of the January 15th deadline imposed by the Supreme Court.

The Netanyahu government has struggled since the departure of Yisrael Beytenu last month, following the signing of an Egyptian-brokered ceasefire agreement with the Hamas terror organization.

Yisrael Beytenu’s departure left the coalition with a narrow 61-seat majority in the 120-member Knesset.