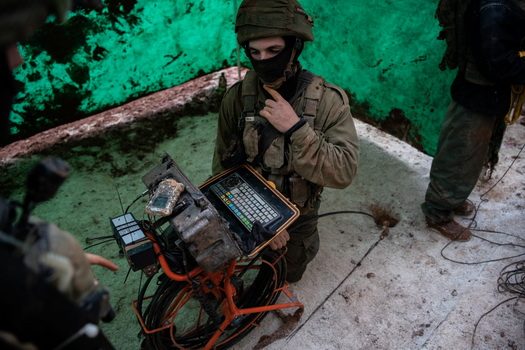 A third tunnel has been located by the Israeli Defense Forces on the Lebanon border as part of Operation Northern Shield. The tunnel has been sealed with explosives, while the search for more tunnels continues.

Operation Northern Shield that commenced last week has discovered a third tunnel that goes from Lebanon, across the blue line, and into Israel.

The tunnel has been sealed with explosives, as the search for more tunnels continues.

The Israeli Defense Force gave a tour of the tunnels to the general in charge of the UN Peacekeeping Force stationed on the Lebanon border. Tunnels such as these are illegal, and it is the UN that is responsible for watching for such activities.