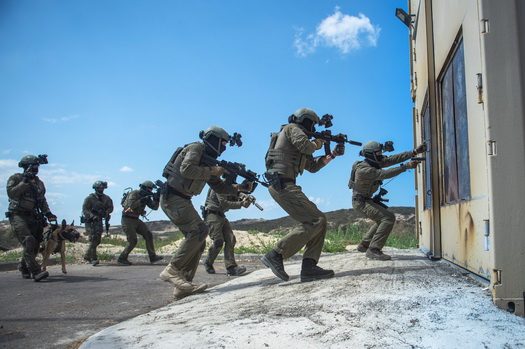 The commandos that were involved in last month’s botched special forces mission in Gaza were interrogated for 40 minutes by Hamas before the gunfight erupted, Channel 2 reported.

The soldiers were stopped while driving in Gaza by Hamas terrorists, who decided to detain them after finding inconsistencies in their story. The undercover operatives them opened fire in order not to be taken into custody and fled while being pursued by several patrol vehicles manned by Hamas terrorists.

During the pursuit, one of the Israeli vehicles struck a wall, forcing the team members to continue on foot. An IDF helicopter later managed to land inside the Gaza Strip and evacuate the team.

The report also said that the troops had entered Gaza two months earlier and were installing highly advanced surveillance gear inside Gaza, including attempts to tap Hamas’ communications network.

A 41-year-old Israeli lieutenant colonel, identified solely by the initial “M”, was killed in a pitched battle with Hamas terrorists deep inside the Gaza Strip, near the city of Khan Yunis.

Hamas has been intensively investigating last week’s events and has called on the public to supply any information that might help them expose more details about the highly classified unit. Hamas says that it managed to salvage classified equipment the commandos had been carrying in their car despite the vehicle having been bombed by the IDF.

Earlier this week, Hamas claimed that the classified unit was living in Gaza in a safe house under the guise of humanitarian volunteers. The team’s equipment was smuggled into the Hamas-controlled coastal enclave through the Kerem Shalom crossing, where it was picked up by an agent working for Israel inside the Strip. The agent is also said to have secured two cars for the Israeli special forces team.

Transcripts of Hamas’ radio chatter during the operation that were released by Hadashot last month showed that the terror group originally thought it was battling drug smugglers during the shootout with the commandos. Only after IDF drones started strafing Hamas terrorists did the organization realize it was a commando op gone awry.

“Four fighter jets are above me. There was a strike near us. The jets are coming from the north. They attacked one of the (Hamas) cars. Hide. Close in on the Jews. Don’t let them leave Gaza,” one Hamas commander yelled into the radio during the firefight.