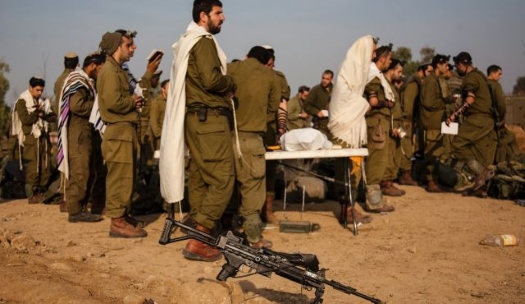 The Israeli Supreme Court has granted the government an additional 43 days to pass legislation replacing an amendment to Israel’s draft law which the court struck down in 2017.

Just after midnight on Sunday, the previous court-imposed deadline for the draft law was reached, signaling the automatic termination of the army’s draft deferral program for full-time yeshiva students.

The termination of the program could potentially have put the status of yeshiva students currently covered by the annual deferrals in question, if their year-long deferrals are slated to end in the near future.

By Sunday afternoon, however, the Court formally responded to a request by the government for a second extension to section three of the draft law, so as to allow the coalition time to pass replacement legislation.

But while the government had requested a four-month extension, the court approved just a 43-day extension, giving the coalition until January 15th to pass a substitute bill into law establishing the parameters of draft deferments for yeshiva students.

At present, the army grants open-ended draft deferrals, renewable annually with no limit, to nearly all full-time yeshiva students enrolled in recognized schools.

That system, which evolved out of a more limited deferral program for scholars established shortly after the establishment of the state in 1948, has been criticized by some as a form of de facto discrimination.

Supporters of the draft deferrals note that currently less than half of all draft-age Israelis enlist in the IDF, with blanket exemptions granted to Muslim and Christian Arabs, Druze women, and Orthodox Jewish women. The IDF also offers deferrals for university students in some circumstances.

In 2002, the Knesset passed the Tal Law, intended to encourage more haredi men to enlist in the IDF. While it maintained the deferment program’s open-ended renewal system, it offered incentives to enlistees.

After a decade, however, the Supreme Court struck the law down as unconstitutional in 2012.

While Israel has no formal constitution, some jurists, including former Supreme Court chief justice Aharon Barak, have argued that the Basic Laws, passed by the Knesset since its establishment as the framework for a future constitution, are a de facto constitution, despite the lack of formal ratification as such.

Two years after the court struck down the Tal Law, the government passed a replacement amendment to the draft law which limited the draft deferral program for yeshiva students, and imposed tougher sanctions on draft dodgers.

A year later, however, after the previous government collapsed, the new coalition repealed most of the changes to the deferral program, largely reinstating the prior system. In 2017, the court struck down the 2015 amendment, granting the state one year to pass a replacement bill.