« JLI: Who Can I Be?
1 Person Shot In Franklin Ave Subway Station » 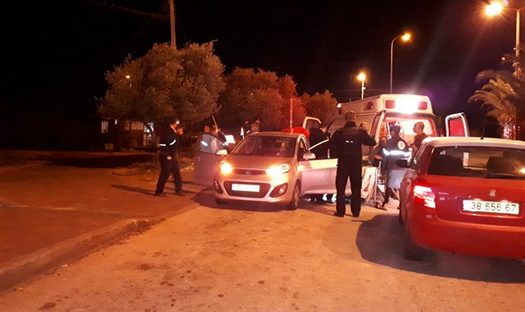 A 35-year-old man was lightly injured in a rock-throwing attack on Tuesday evening near the village of Sinjil on Highway 60 in Binyamin.

Arabs threw rocks at the car of the Jewish man who was able to drive all the way to the town of Ofra, where he was treated by a team of Magen David Adom paramedic.

The IDF Spokesperson’s Unit said, “A short time ago, a report was received about shooting at a vehicle on Highway 60 near Sinjil. An investigation revealed that a rock had been thrown at the vehicle. As a result, a civilian was lightly injured and treated at the scene. IDF soldiers are searching the area.”

On Monday, three soldiers were lightly injured in a car-ramming attack on Highway 60 in Gush Etzion.

The three soldiers were involved in engineering work on the road when they were hit by a vehicle driven by the terrorist, who fled the scene immediately after the attack before being shot and killed.

« JLI: Who Can I Be?
1 Person Shot In Franklin Ave Subway Station »