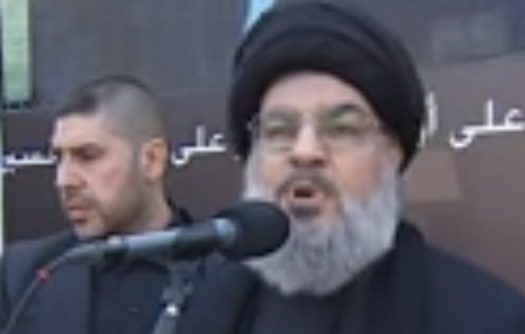 The US State Department is offering millions of dollars in exchange for tips leading to the tracking down of terrorist leaders affiliated with Hamas and Hezbollah.

On Tuesday, the State Department designated the son of Hezbollah chief Hassan Nasrallah, Jawad Nasrallah, as a terrorist, linking him with a string of terror attacks against Israeli targets, Reuters reported.

The State Department on Tuesday also designated the Al-Mujahidin Brigades (AMB) as a terrorist group, describing it as a Hezbollah affiliate group and tying it to attacks on Israeli targets from bases in Judea and Samaria.

“Today’s designations seek to deny Nasrallah and AMB the resources to plan and carry out terrorist attacks,” the State Department announced.

The Department’s Rewards for Justice program offered $5 million rewards to anyone able to provide information leading to the tracking down of three terrorist leaders linked with Hamas and Hezbollah.

The terrorists include Salih al-Aruri of the Gaza-based Hamas terror group, Khalil Yusif Mahmoud Harb, who has been linked with Hezbollah, and Haytham Ali Tabatabaei, who is also tied to Hezbollah.

The Treasury Department also leveled sanctions on four Hezbollah officials on Tuesday, and joined the State Department in recognizing Jawad Nasrallah as an international terrorist.