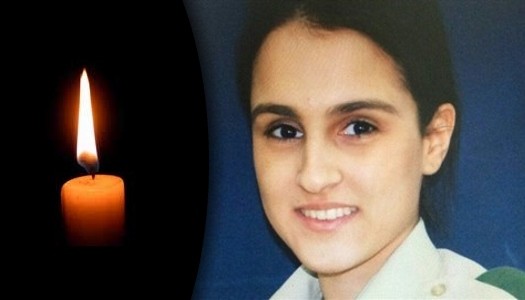 Hadar Cohen, a 19-year-old Border Policewomen wounded in a combined terror stabbing and shooting attack at Damascus Gate in Jerusalem’s Old City this morning, has died of her wounds.

Corporal Cohen was a resident of Or Yehuda in central Israel.

A police spokeswoman said the Palestinians launched the attack at the Damascus Gate, a busy plaza in East Jerusalem, after being stopped by police for an identity check.

All of the three attackers were carrying concealed weapons and at least one of them opened fire with an automatic rifle, critically wounding one of the policewomen before they were shot dead by Israeli security forces, the spokeswoman said.

The other policewoman was stabbed and wounded, and two pipe bombs were found at the scene, the police spokeswoman said.

Following the attack President Reuven Rivlin said he spoke with Deputy Commander of the Border Police Yossi Poni who updated him on the details of the incident.

“I heard from him [Poni] how the alertness of our border police officers served again as a wall of defense and I asked him to express my support to all of the fighters,” Rivlin said.

“Together with the entire nation of Israel, I am praying for the recovery of the wounded. To you, the Border Police forces, men and women, protectors of the walls of Jerusalem, I thank you in the name of the nation for your service against fighting against the murderous terror that sees no boundaries,” Rivlin added.