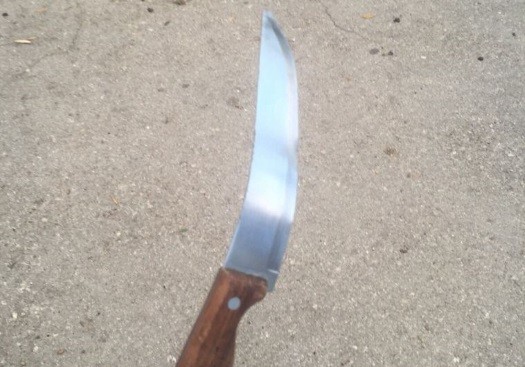 Stabbing Attack Foiled When Knife Bends Out of Shape

A Palestinian was prevented from stabbing an Israeli in Jerusalem on Sunday when his knife bent during the attack.

According to Walla, the assailant approached a civilian waiting at a bus stop in the Israeli capital’s Armon Hanatziv neighborhood, pulled out his knife and lunged. But instead of penetrating the victim, the knife bent out of shape.

The attacker fled the scene, but was apprehended shortly thereafter and taken in for questioning.

This was one of three terrorist incidents on Sunday, the other two were shooting attacks in Hebron. In the first, in the afternoon, a female IDF officer was moderately woundedin the pelvis by Palestinian sniper fire near the Cave of the Patriarchs. In the second, an IDF soldier was moderately wounded by a bullet to his leg. In each case, the attacker fled the scene and security forces were searching the area to find them.