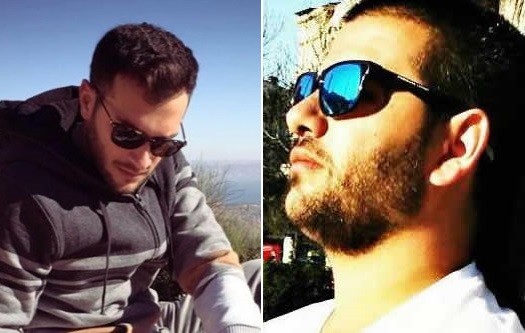 The streets of usually bustling Tel Aviv were eerily quiet on Saturday night as police searched through abandoned buildings and construction sites for an Israeli Arab man who opened fire at a pub on Friday, killing two and wounding six others, two seriously. With the killer still at large, residents were cautioned to be on the alert.

The dead were identified as Shimon Ruimi, 30, of Ofakim, an Israel Defense Forces’ civilian employee in Tel Aviv to celebrate a friend’s birthday; and Alon Bakal, 26, manager of the Simta restaurant and bar on Dizengoff Street, where the attack took place.

“Everyone talks about their child, but he was a special child; he was our world,” said Alon Bakal’s father, David. “He gave light to whichever place he was in, and he made everyone around him smile.”

Special units also spread out through the Gush Dan region and the suspect’s home in the village of Arara in the Wadi Ara area in the north.

Police released the name of the shooter, 29-year-old Nashat Melhem. He was identified and brought to the attention of police by his father, Muhammad Melhem, after he saw videos of his son, who had previously expressed support for the ISIS terror organization, broadcast on television.

The elder Melhem is a security guard and serves as a volunteer with the local Israeli police. His registered weapon was stolen from a safe in his home and is assumed to have been used the attacks. The suspect’s brother, Juadat, was arrested on Friday and is being charged as an accomplice to murder.

“I still do not understand and haven’t digested that my son did such a thing,” Muhammad Melhem told Israel’s Channel 2 News. “What happened has left the whole family and village in shock. I am a member of the system; I work in security, and suddenly I understood that my son is involved and I called the police station. I asked to meet with the station’s senior officer, and I let him know that my son was involved in the attack.”

“I extend my condolences to the families of the victims and wish a speedy recovery to those injured,” added the suspect’s father.