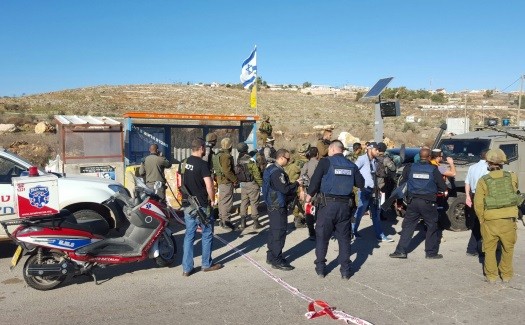 Four people, including two IDF soldiers and a Border Police officer, were injured in a Palestinian vehicular ramming attack near the Tapuah junction in the West Bank on Tuesday morning, according to Magen David Adom.

One of the soldiers injured hold the rank of Lt.-Col.

Paramedics treated one of the wounded for moderate injuries in the head and stomach. Three other victims were treated for light injuries. They were all evacuated to Rabin Medical Center – Beilinson Campus in Petah Tikvah.

Border police on the scene shot and wounded the 21-year-old Palestinian driver. The driver was considered to be in moderate condition and received treatment on the scene.