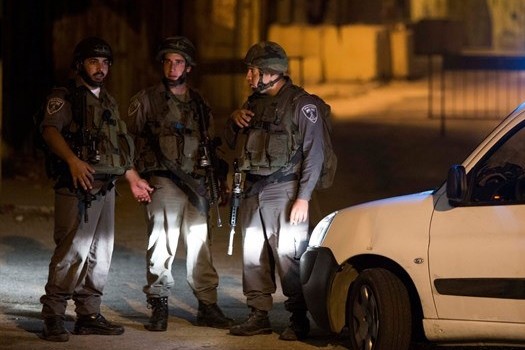 Three Israeli Border Police officers were hospitalized after being struck by a car in northeast Jerusalem’s a-Tur neighborhood Saturday night in what police are calling a terrorist attack.

Three policepersons have been injured a short time ago in another vehicular terrorist attack in the capital. The attack occurred on the road called Kohanim Path in the Beit Orot complex of the eastern capital.

A vehicle rammed into policepersons in the area of Beit Orot, near A-Tur in the eastern capital. Ichud Hatzalah and Magen David Adom EMS personnel responded. They were met with massive rock-throwing attacks. The vehicles of a number of responders were damaged by rocks. Police stopped EMS personnel from trying to reach the scene due to the massive stone-throwing attacks.

Three policepersons were injured in the attack and they were transported to Shaare Zedek Medical Center. One is listed in moderate condition and two in light condition.

Police have shut down the area and roadblocks have been set up. It appears the driver of the car responsible for the attack fled by foot. A manhunt is underway.

On erev Shabbos, a 16-year-old Arab terrorist was shot dead in the same area as he tried to attack soldiers. There were no injuries reported but police believe this may have prompted the motzei Shabbos vehicular attack in the same area.

On Shabbos, police shot and killed a terrorist near the Ma’aras HaMachpelah in Hebron after he stabbed one soldier. The wounded soldier is described in moderate condition.