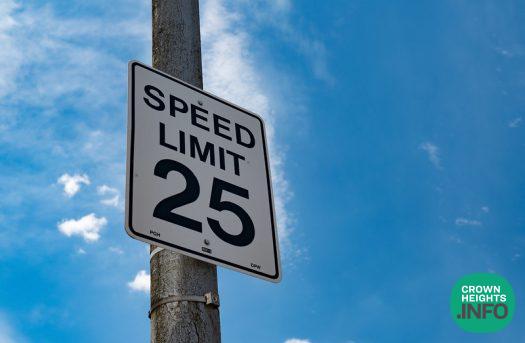 “Every New Yorker deserves to feel safe when traveling on our streets, whether they are driving, cycling, or walking,” Governor Hochul said. “These new laws will help prevent senseless tragedies and injuries by cracking down on erratic and irresponsible driving. Today, we are reaffirming our commitment to keeping New Yorkers safe and using every resource available to save lives.”

Legislation (A.1007-A/S.2021-A) will help prevent traffic-related crashes and fatalities by allowing municipalities to reduce speed limits to 25 miles per hour. Research shows that faster driving speeds correlate to more serious injuries and fatalities for pedestrians in the event of a crash. Under current law, the default maximum speed limit throughout a city, town, or village may not be set lower than 30 mph. By giving municipalities local control to reduce speed limits, this legislation will improve public safety and prevent pedestrian fatalities.

Legislation (A.3964/S.9163) will deter hit and run incidents and enhance public safety by increasing fines for leaving the scene of a car crash without reporting it. Hit and run incidents are particularly dangerous when an individual is hurt and the driver at fault fails to report it, since that person may not get the proper care when they need it. This legislation will increase the fine range for leaving the scene of a personal injury crash to $750-$1,000 and increase the fine range for a repeat violation to $1,000-$3,000.

Earlier this year, a report issued by the National Highway Traffic Safety Administration found that traffic fatalities during the first half of 2021 had increased 18.4 percent since the first half of 2020, even as many New Yorkers worked from home. Additionally, New York City data shows that traffic fatalities increased by 44 percent during the first three months of 2022, the deadliest start to any year since the start of the City’s Vision Zero program in 2014. By imposing greater penalties on hit-and-run incidents, this new law will help address increases in traffic-related deaths and reduce accidents on streets across the state.