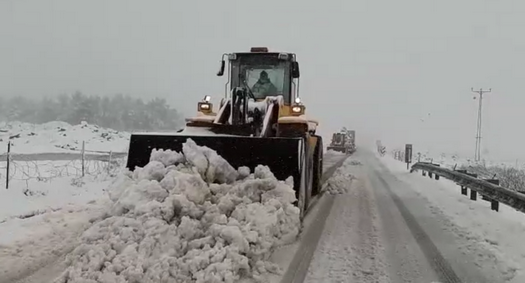 Governor Kathy Hochul today declared a State of Emergency effective at 8 p.m. due to heavy snowfall expected downstate as a coastal storm system will arrive Friday evening bringing more than a foot of snow and gusty winds to parts of Long Island and up to 10 inches of snow in New York City and the lower Hudson Valley. Winds gusting up to 55 mph at times will likely impact travel in several locations and could potentially cause power outages. Governor Hochul is advising New Yorkers in these locations to stay off the roads this weekend to avoid any dangerous travel conditions and allow emergency response crews to complete their missions.

“Out of an abundance of caution I am declaring a State of Emergency today as this storm is poised to create dangerous travel conditions, heavy snowfall rates and sustained winds over 50 mph tonight into Saturday,” Governor Hochul said. “My team and I are laser focused on the forecast and we’ve been deploying emergency response assets ahead of the storm to assist with response efforts in the downstate areas. Get home safely tonight, remain home over the weekend, avoid any unnecessary travel, and our crews will safely clear the road.”

Division of Homeland Security and Emergency Services Commissioner Jackie Bray said, “We believe this storm will bring significant snowfall to Long Island and has a real chance at impacting New York City, with snowfall rates of more than one inch per hour. The State’s Emergency Operations Center is open and closely tracking the storm, but we need New Yorkers to get home early tonight and expect heavy snow this weekend. Avoiding travel, especially on Saturday, will be critical in allowing emergency response crews from state and local agencies to do their jobs in the hardest hit areas.”

A Blizzard Warning is in effect for Suffolk County and a Winter Storm Warning is currently in effect for Nassau County, New York City, Putnam, Rockland and Westchester areas. National Weather Service meteorologists advise there is still some uncertainty regarding the exact track of the storm and that snowfall totals may shift in future forecasts. For a complete listing of weather advisories in your area, visit the National Weather Service website.