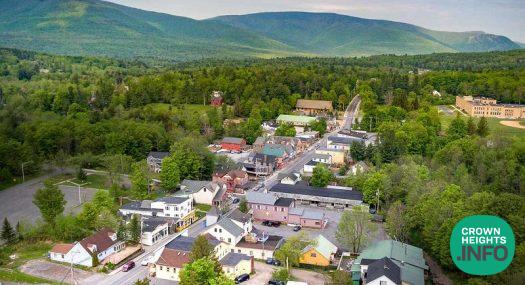 Governor Kathy Hochul today announced that Tannersville will receive $10 million in funding as the second Capital Region winner of the fifth round of the Downtown Revitalization Initiative (DRI).

As part of DRI Round 5, each of the state’s 10 regional economic development regions are being awarded $20 million, for a total state commitment of $200 million in funding and investments to help communities boost their post COVID-19 economies by transforming downtowns into vibrant neighborhoods.

“With the impact COVID-19 has had on small businesses and communities, it is crucial that the state invest in their revitalization so we can come back better than before,” Governor Hochul said. “This funding will help take Tannersville, a village rich with history, to the next level so that it may grow and flourish as an example of the best of what Upstate New York has to offer.”

Lieutenant Governor Brian Benjamin said, “This $10 million in funding will allow Tannersville to continue its work towards becoming an affordable community that supports a four-season vacation and recreation industry. The residents of the ‘Painted Village in the Sky’ now join the residents of many other downtowns that have benefited from this important program.”

Led by the Department of State, the DRI serves as a cornerstone of the State’s economic development policy by transforming downtown neighborhoods into vibrant centers of activity that offer a high quality of life and attract redevelopment, businesses, jobs, and economic and housing diversity. In this round, Governor Hochul doubled funding from $100 million to $200 million and allowed each Regional Economic Development Council to decide whether to nominate two $10 million awardees or one $20 million awardee for transformative and catalytic downtown redevelopment projects. Like past DRI rounds, each selected community will develop a strategic plan through a bottom-up, community-based planning process that articulates a vision for the revitalization of its downtown and identifies a list of signature projects that have the potential to transform the downtown and leverage further private and public investments. DRI funds will then be awarded for selected projects that have the greatest potential to jumpstart revitalization and realize the community’s vision for the downtown. Through the DRI, the New York State Energy Research and Development Authority (NYSERDA) will provide technical support to the awardees to assist them with including carbon neutral principles in support of the state’s goal to reduce greenhouse gas emissions by 85 percent by 2050.

Tannersville’s DRI will focus on the Painted Village portion of their downtown. Within the Catskills Forest Preserve, Tannersville envisions their compact, walkable and diverse downtown as a nimble coalition of businesses, private foundations, community members, elected leaders, and social innovators who work side-by-side to unleash entrepreneurship and make the Village extraordinary for everyone. With a dedication to becoming a four-season recreation and vacation community that is still affordable for local, long-term residents, the Village has worked hard to revitalize their downtown, seeing over $126 million in recent and upcoming investment. Continuing this dedication, Tannersville aims to create new affordable housing, expand community services, and increase arts and cultural amenities.

The Capital Region Economic Development Council conducted a thorough and competitive review process of proposals submitted from communities throughout the region and considered all seven criteria below before recommending Tannersville as one of the nominees:

The downtown should be compact, with well-defined boundaries;

Tannersville will now begin the process of developing a Strategic Investment Plan to revitalize its downtown with up to $300,000 in planning funds from the $10 million DRI grant. A Local Planning Committee made up of municipal representatives, community leaders, and other stakeholders will lead the effort, supported by a team of private sector experts and state planners. The Strategic Investment Plan will examine local assets and opportunities and identify economic development, transportation, housing, and community projects that align with the community’s vision for downtown revitalization and that are poised for implementation. The Strategic Investment Plan will guide the investment of DRI grant funds in revitalization projects that will advance the community’s vision for its downtown and that can leverage and expand upon the state’s $10 million investment. Plans for the DRI’s fifth round will be complete in 2022.