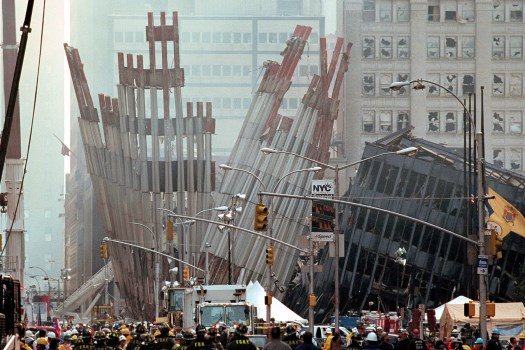 As we reach the 20th anniversary of the September 11th attack on the World Trade Center in New York City, CrownHeights.info presents a series of photos, memoirs, and documents from that fateful day.

It’s a heart-breaking bird’s eye view of New York’s worst tragedy. Nearly 10 years after the 9/11 attacks, a shocking and powerful 17-minute video taken by an NYPD helicopter on that fateful day surfaced Monday on the web.

Obtained by the National Institute of Standards and Technology and leaked to the web, it shows the chopper flying close to and above the Twin Towers engulfed in clouds of smoke – and the stunned reactions of the cops when they suddenly collapse.