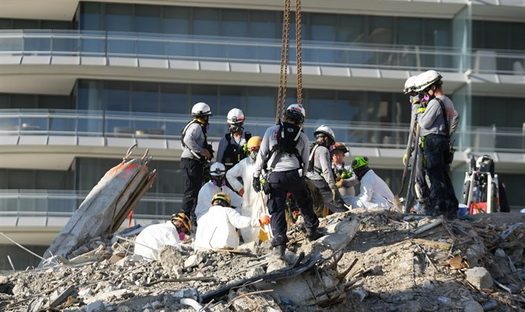 The number of confirmed dead in last month’s collapse of a Florida condo building reached 95 on Tuesday, after one more body was pulled from the rubble overnight.

Officials said 14 people remain unaccounted for in the ruins of Champlain Tower South in Surfside, which collapsed on June 24.

Miami-Dade Mayor Daniella Levine Cava said 85 of the victims have been identified.